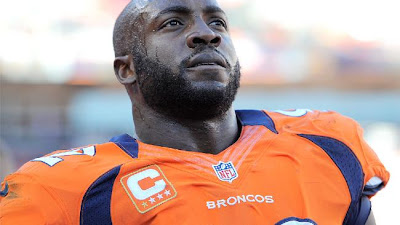 The story of Elvis Dumervil, has gotten a lot of press lately...but no one has really discussed it as a great example of a few things you can learn during your job search.  You can find a full description of what happened here, but basically the came to a verbal agreement with the Denver Broncos but didn’t get the paperwork to the NFL league offices in time...so they cut him, making him a free agent and likely costing him several million dollars.

So, what can we as job seekers or recruiters learn from Elvis Dumervil?

Get it in Writing - I’ve said this for years and I’ll say it for as long as I recruit.  Until the deal is in writing....it’s not a deal.  The old phrase “It’s not worth the paper it’s written on” comes to mind as people say things all the time, at the end of the day, a verbal agreement won’t hold up.

Deadlines Matter - Apparently the team and Dumervil’s agent were supposed to come to an agreement by 2pm EDT.......that didn’t happen, the paperwork was like seven minutes late and the deal expired.  When a company or recruiter tells you a deadline, stick to it......if not, you could find yourself wondering what happened to your offer.

Brinkmanship Fails -  The biggest lesson for me is that both parties here, the Broncos and Dumervil played a game of chicken and both of them lost.  Rather than sitting down and hammering out a deal, the waited until the very last minute and the whole thing fell apart over logistics.  When you’re negotiating an offer, just suck it up and get it done.  Games of brinksmanship end up being a lose-lose and that’s not way to start a new job.

Keep an eye on this story, it will be interesting to see how it ends.  This move has cost the Broncos about $4M.....what will it cost Dumervil?  Stay tuned as it’s going to be fascinating to watch.

The problem with saying you'll do anything 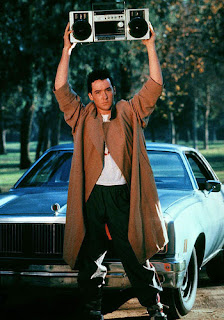 Request from a friend and a recruiter “pet peeve” blog this week.   The topic...the problem with saying “I’ll do anything” in the interview.  As recruiters we hear it all the time when we ask candidates what they want to do...and honestly, nothing can be more frustrating to hear during the interview.

The issue really is that when you are interviewing for a job, not only is the company trying to evaluate you...but you’re trying to evaluate THEM too.  Saying you’ll “do anything” sounds great in theory but in reality it confuses the situation and makes evaluating the fit for a job almost impossible.  Here are two quick points to really show what I mean:

1) For you - Like I said above, the interview is as much your opportunity to evaluate the company is it is their chance to evaluate you.  So, saying you’ll do anything doesn’t really allow you to ask the right questions to evaluate the job.  A better thing to do is to say EXACTLY what you like to do and then make sure the role matches your interests.  Being upfront and expressing your interests allows you to openly and honestly see if the role is a fit for you.  Being “open” seems like a good idea in theory, but really does you a disservice.

2) For the company - For the company it’s a little different...basically, things can go two different ways.  The first way...they think you don’t know what you’re looking for and reject you.  The second way...they think you’re a GREAT fit for a role, make you an offer...and then you realize you don’t like the role.  Basically, it’s a lose lose....

So, next time you’re in an interview avoid saying you’ll do anything and be upfront and honest with the interviewer.  It might seem like a great answer but honestly you’ll be much happier in the long run explaining your interests and find a job that makes you happy.
Posted by J at 7:20 PM No comments:

Why every team needs an Avery Bradley

I talk a lot in this blog about the importance of the team, a lot of it is admittedly focused on hiring superstars.  And, as we all know hiring superstars is so easy.......um right, no it’s tough.  So, in this post I want to draw an analogy for you that will I think make a lot of sense. 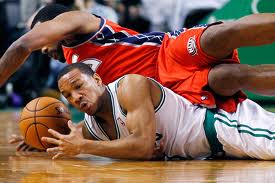 Perhaps you’ve heard of the Boston Celtics guard Avery Bradley....chances are you’ve never heard of him but you’re very familiar with Kevin Garnett, Paul Pierce or Rajon Rondo.  Bradley? Who?  Well...let me show you a few stats from the Boston Globe:


In the Celtics’ first 30 games this season without Bradley, when he was rehabbing his shoulders, the team’s defensive rating (points allowed per 100 possessions) was 102.1, the 13th-best mark in the NBA at that time.

But in the 27 games since Bradley has returned, the Celtics’ defensive rating has skyrocketed to 97.2, the second-best mark in the league...

Read that again.  One guy, one undersized 22 year old guard take the Celtics from a middle of the road defensive team, into an elite defensive team.  One dude.  The implications for those of us recruiting, hiring or building teams is huge.  It’s not necessarily about building a team of stars....it’s about building a team with a few stars (KG, PP, Rondo etc) and surrounding them with players that EVERYONE better.  No one will be driving Bradley to the Hall of Fame for what he does...but what he does makes Hall of Fame players better.

So,my question to you is this.  Do you have an Avery Bradley on your team?  If not, you should.  What would a workplace version of Avery Bradley look like you say?  Here are a few traits:

- A world class expertise in one very specific skill.  For Bradley, it’s defense

- That skill....rubs off on the team and make everyone better.  For the Celtics, it’s “team defense”

- Energy.  Watch this video and you’ll notice Bradley never stops.  His teammates call him the “pit-bull”......that energy is infectious and makes everyone play harder.

So, there you go....when you’re building a team hire as many superstars as you can (see the Heat, Miami) but make sure you supplement them with high energy specialists that make everyone better.